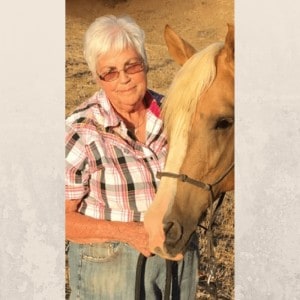 The night of December 4, 2018 started with a loud bang, then darkness. It was about 6:30, maybe a bit later, but suddenly the air inside smelled of smoke and there was no electricity. I asked my husband if he could smell smoke, and he said no. As he stepped out through my room’s sliding glass door, he said, “I see the problem.” He pointed toward St. Thomas Aquinas School where I could see an orange glow about three miles away. Immediately, I said, “That’s not the problem, look at our neighbor’s house across the canyon! There’s the problem.” I could see 5-10 small fires on the ground in front of my neighbor’s house. The fires instantly joined into one fire as winds blowing at 35-80 mph gusts fueled the fire torch diagonally down the canyon in our direction. The Thomas fire was officially born.

Because the winds were so fierce, I had all three horses in the barn to protect them from flying debris. As we watched the fire sprinting down the canyon, my husband suggested now would be a good time to hook up the trailer. This was a brand new trailer that I had never used, let alone hooked up. Somehow, by flashlight, we got it hooked up. The fire department sent up a small truck,-not a tanker. We were ordered to leave. My husband told them we were staying. Then the fire department people called the Sheriff. Again we were ordered to leave. Again we said no. We were told to just turn the horses loose and get out. At that point, I told the officer that would not happen. They left.

Carefully, we watched the progress of the wind and the fire. Suddenly, the wind changed direction. I told my husband, Peter, that now was the time to load the trailer. First out of the barn was my 8-year-old mare, Sipapu. She was horrified at what she saw and would not load. I told Peter to give her to me and get the two geldings loaded. Easily done! The problem was it was only a 2-horse trailer. Peter drove the rig down our hill to an open field and parked it, all the time with wide veils of embers flying through the air. I’ve never been so grateful to have purchased a closed trailer as I was that night. Now I’m left with a horse in hand. Peter told me to leave with Sipapu and get out of the smoke. He was rightfully worried about me in the smoke because I have severe asthma and use a nebulizer four times a day for medication.

Do you believe in angels and God’s hand on everything? At that very moment, my cell phone rang!!

It was my veterinarian, Charlie Liskey! He said, “Do you need help?” I babbled out, “Do I, yes!” He said, “OK, I’m on the way.” I got in my little Prius, with Sipapu’s lead rope coming through the window. Peter said, “Will she do this?” Unknowingly, and not tested, I said, “Yes”. So I started down our narrow little one lane road. Our road is a mile long and flanked by a cliff for half of the way. I remember seeing Sipapu silhouetted against the fire as the embers were sweeping four feet above the road toward us and praying, “Please, God, don’t let her tail catch on fire.” We began going down the road. Little did I know how much debris I would encounter.

At the first turn, we encountered a large storage shed across the road. That was Sipapu’s first encounter with the unusual. She stopped! I talked to her and told her, “Look, you can figure this out (just don’t wait too long!)”. I encouraged her forward. Then there were the rocks, then the sheet metal roofing and the rolled sheep fencing. Several times I had to stop the car, get out, explain to Sipapu what we were doing, get back in the car and move on. All the while, fire is burning on both sides of the road. Big trees were down on the road, bushes, more rocks, places where only the car would fit while I asked Sipapu to wait while I passed through first. All the way down, she kept licking my hand and I cried for the effort she was giving me. Every time I had to stop the car, she would rest her lips on my arm waiting for me to continue. Then my cell phone rang again. Charlie called to say they wouldn’t let him through the road block! Now we were on our own. We continued down and were almost to the main road when we encountered downed power lines. I couldn’t take the chance of what the power lines were. Now we had to back up-up hill-because I couldn’t turn around where we were. Visibility was so bad with lots of smoke. We backed an inch at a time until I could turn the car around and go back. I didn’t want to be caught in a tight canyon if the fire flared up. We got half way back up the road when Peter came down to see if we are OK. I told him about the power lines and he went down to check on it. When he drove back up he said go for it because it was only telephone lines. At this point, I called Charlie back. I said, “I need your help, run the road block do whatever you have to but please come!” He said, “Can you make it to the road?” Of course we could. Now, Sipapu and I are on the way back down again. I can still see her beautiful fetlocks so very close to the burning brush. How I prayed that she wouldn’t be hurt. This time, we made it through. Charlie and a friend had brought a stock trailer to meet us. People who know me understand that Sipapu is more than a horse to me, she is me. D-Ranch people made her. Maidy Dreyfuss bred her. Tony Botello trained her. They made Sipapu for a 73-year old woman with brittle bones, steel rods in both femurs and only a deep abiding lifetime love of horses. Charlie Liskey is Sipapu’s vet and he knows that Sipapu is life to me. As we got to the trailer, Charlie took her lead rope to load her. At that point Sipapu said, “I’ve given you what I can and I’m not going to get in that shiny thing in the middle of a fire”. I asked Charlie’s friend to lift me up in the trailer. Then I asked Sipapu, “Please, you’ve given me so much but just one more, please, please I need you to get up here.” She looked at me, then gave a big jump and got in. Charlie, said, “I’m going to take her to my house, what about the two boys?” I told him, “They are in the rig up top!” Charlie asked me if the road was safe. I told him it was really bad. “OK’, he said, we are coming back to get them. And, somehow, they managed that road, and drove my truck and rig out. Charlie, angel that he is, cared for my horses all the time I was in the hospital.

The fire was so horrible. We lost my barn and all contents. I managed to get my Tucker saddle, my old western saddle and a Peruvian trail saddle out. My other Peruvian and western gear plus lots of serious tack is gone. We lost our flatbed hay trailer, tractor, fencing – lots of stuff, but we are blessed. We saved our house, horses, dogs and each other. I became quite sick, spending two and a half weeks over the holidays in the hospital with a partially collapsed lung, pulmonary embolisms and some lingering lung problems. Would I do it again? Without a doubt! Sipapu never once pulled back, she never broke into a sweat, she acted as if she knew exactly what her job was. We talk about brio. Mostly our show horses are associated with Brio, but I would match Sipapu’s brio any time. To think, she had never ever been down that road before!