During my first visit to Peru in 1978, I had the opportunity to meet several breeders and visit their breeding farms, as well as see a considerable amount of Peruvian horses of that time.

In the horses I was able to observe diverse colors and phenotypes, seeing that all had a common factor: the function and its adornments as characteristics of the breed. Thirty-six years later, having made frequent trips to Peru for the national competitions during the month of April, I can say without equivocation that because of the selection carried out by the breeders of this race, it was very well-conducted regarding the prototype of the race that has enabled our horse the uniformity of type. You could say I am a witness of the breed for having been able to observe closely through the years the evolution and natural selection during this time.

I would also like to mention that has been maintained in an admirable manner the quality of gait (pisos), the naturalness of the role and the looseness of the previous members. In the same way I express my appreciation to the National Association of Peruvian Paso horses, for having been able to maintain during this time high standards of quality dare of the decisions taken by the various directives. The judges have done their job in an efficient manner in story to the classification of the copies submitted in the different competitions.

Recently was integrated to the Web page of the Association the prototype of the Peruvian Paso horse, which is based on a format that was printed several times in the yearbooks of the association in previous years, with the variation to describe each of the parts of the horse, which makes it more complete and easier to follow for the people that start in the race or want to know her.

I think this wise decision, the beginning of a new stage with more professionalism in regard to the small details that might arise from the natural evolution of the race dare of the time and I recommend is set at least every ten (10) years the revision of the prototype of the race.

Congratulations to the founders of this magazine – I believe it will be as a window to the world of the Peruvian Paso horse. 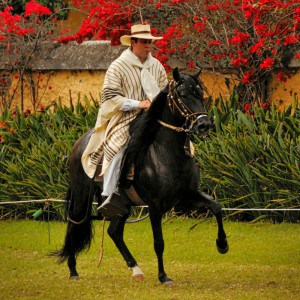