My Friend B, In Celebration of Barbara Windom 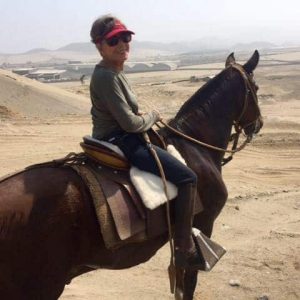 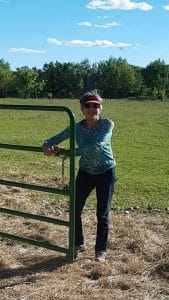 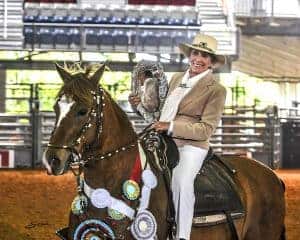 I met Barbara in Lima in the early 1990s. She came to Peru invited by Peter Koechlin and lured by the Peruvian Paso breed because she wanted to keep riding and needed a smooth horse to keep her back ailments in check. During her first visit, she came up with her memorable, oft used phrase: “There’s nothing to do when you are in Peru.” (For those of you who haven’t been to Peru, a great deal of time is wasted, a very bad trait inherited from the Spanish colonial period.)

We hit it off right away and became very, very good friends. Barbara was witty, dynamic, very well-educated and had a great appetite! But first and foremost, she was a loyal friend and an exceptional human being. At that time, she had no knowledge of the breed. The first horses she purchased that I found on my first visit to her wonderful Tesuque, New Mexico, property reflected that. She had recently moved there from California and was eager to once again own horses.

Barbara was an extremely active person and a horse lover since she was very young in Hollywood. She had a nice story of playing with Monty Roberts on MGM Studios during the filming of “National Velvet” starring Elizabeth Taylor. Roberts grew up to become an internanational  horse training celebrity and best-selling author who promoted natural horsemanship.

After a few years in Tesuque, she committed to breeding Peruvian pasos and moved a short distance north to Alcalde. She bought the historic La Villita ranch, which is irrigated the traditional Spanish way through an intricate acequia system. Her partner Victor Di Suvero came up with a wonderful name: La Estancia Alegre. By then she had studied Peruvian bloodlines and opted for a functional horse sufficiently well-gaited with brio and soundness, elements that came an integral part of her horse type (she did have a marked preference for chestnuts with flaxen manes and tails).

She recognized and appreciated the main virtue of the Peruvian breed as a long distance travelling horse with the smoothest ride in the world. For the next several years and every time we got together, we would invariably enjoy long (sometimes 3-day) rides. In New Mexico we rode on Magdalena, rugged federal land across from her property; at Las Golondrinas, a living history museum near Santa Fe where we performed for spectators; and in Peru the complete valley of Chincha, Lurin, from Paracas to Chincha, etc.] 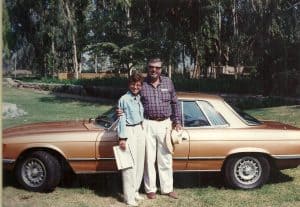 Barbara Windom was more than a horse breeder, exhibitor and promoter of the Peruvian horse. She truly believed in its beauty, value and potential.

These were the horses that got her back in the arena. After growing up on jumpers and decades of raising children as a single mother and building her business as a successful decorator in the Los Angeles area, she moved to New Mexico in 1989. After one ride on a friend’s Peruvian, she was hooked. She started showing. Trips to Peru followed to build her then small herd in New Mexico.

Barbara wanted horses she could enjoy for a full lifetime of showing and challenging trails. Two of her initial imports, *HNS Pisa Flor I and *HNS Laura produced Barbara’s best show horses. 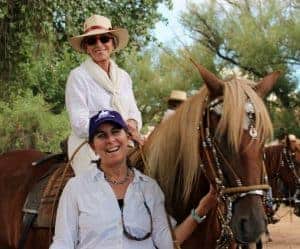 They were the foundation for horses she spent the next 22 years breeding. Her goal was to produce strong, sound and sane horses. She did, over and over again with Master Chalán Roberto Quijandría’s never-ending support and friendship. Her trophy room at La Estancia Alegre is filled with laureados, high-point breeder awards, champion of champions neck ribbons and other trophies.

To add still more strength and gait to her lines, Barbara bought Domecq, a Mantequilla son that was a successful endurance horse who never competed in Peruvian classes. But his progeny competed and won. LEA Poesía+ (Domecq x *LEA Poema++) is another mare that won top awards across all divisions. LEA Señorita Domecq also won in Breeding and Gait.

Her final stallion was MLM Zeus (ERM Espontaneo x MLM Garza Real). She eagerly anticipated still better gait from crosses with her mares. At the time of her death, LEA Zeus (out of LEA Guadalupe) was the only foal on the ground by that stallion.

Barbara still rode regularly up until the time she passed. At the age of 82 she’d lead friends on full-day trail rides on her champion show horses through New Mexico’s rugged mountains. Just days before a sudden illness claimed her, she was riding around the ranch and preparing for that week’s show. 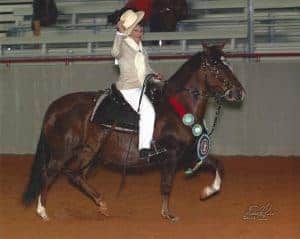 Barbara died unexpectedly May 27 in Duncan, Oklahoma. She was there for the Sooner State and Camino Real/Lone Star double show. Her horses came home with a long line of blue ribbons and top awards.

But Barbara did not come home from that show. She leaves behind three daughters, their husbands and two granddaughters. She also leaves behind her ranch and show family, people who shared her love of the Peruvian horse and all Barbara worked to build. 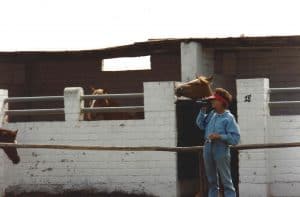 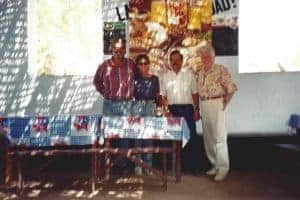 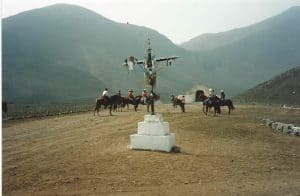 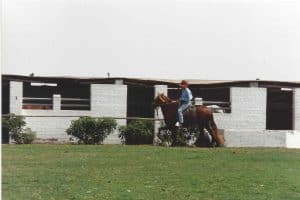 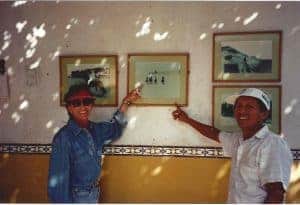 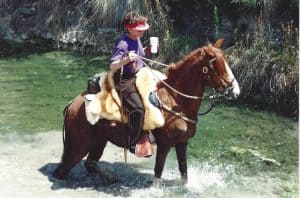